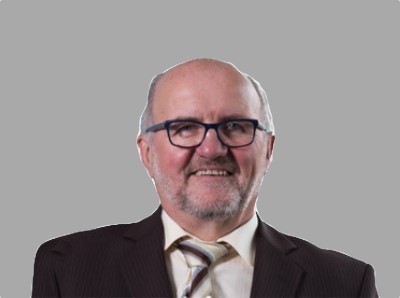 I was born on July 29, 1950 in Landsberg am Lech, Germany. I am married and have two children and four grandchildren. Following my schooling and apprenticeship training as well as several years in the Federal Armed Forces, I joined the company Hirschvogel on June 2, 1975. During this time, I worked in different areas and carried out various functions. Besides setting up the Product Development department, I also played a decisive role in technical customer support for the Hirschvogel Automotive Group. In mid-2010, I retired from active working life.

In January 2012, I took up the office of Chairman of the Frank Hirschvogel Foundation. My tasks here primarily involve implementing the activities defined in the Foundation Statute in line with the intentions of the Foundation's founder. I really enjoy our work with and for school students and young people. 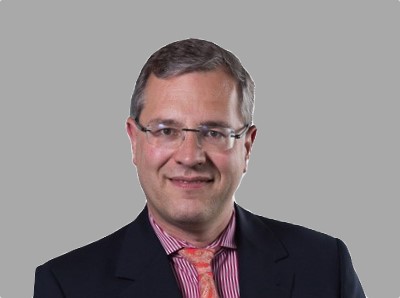 I was born on November 29, 1969 in Nürtingen, Germany. I have been married since 2010 and have 4 children. Following my studies in Business Administration, I began working in 1995 for the companies of the Hirschvogel Automotive Group and for the Hirschvogel family as part of my tax consultancy and auditing activities. This led from the start to intensive contact with Dr. Manfred Hirschvogel as well as with Emma Hirschvogel, the wife of company founder Willy Hirschvogel. In all that time, both the company and the family Hirschvogel have always been and continue to be of great importance to me. In this context, I had the opportunity in 2005 to join Dr. Manfred Hirschvogel in discussing and shaping the set up of the Frank Hirschvogel Foundation. I also accompanied the establishment of the Foundation in 2007, and Dr. Manfred Hirschvogel thus asked me if I would take up a position on the Executive Board there. And so I have been in this role since the beginnings of the Frank Hirschvogel Foundation. Besides implementing the Foundation mission as laid out in the Statute, I am primarily responsible for taxes, finances and accounting. 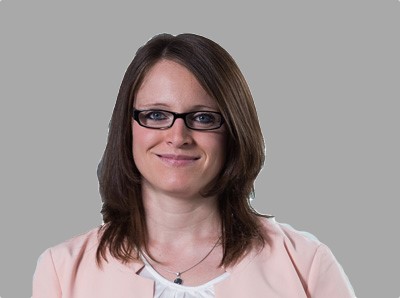 I was born on November 24, 1983 in Garmisch-Partenkirchen, Germany and I am married.
As a certified Business Administrator, I worked in various roles in the tourism industry, both at home and abroad, before taking up my duties as Foundation Manager at the Frank Hirschvogel Foundation in April 2012.
In this position, I am the operational contact person for all activities, projects and PR topics for the Foundation. 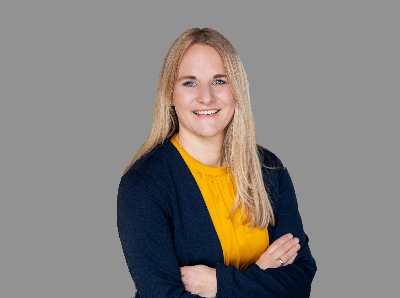 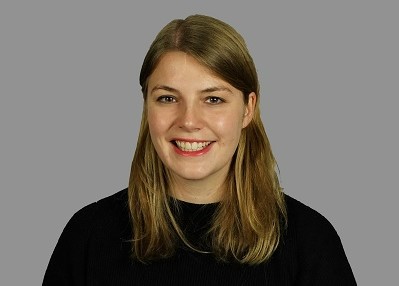 I was born on April 10, 1994 in Munich. I studied sociology, economics and statistics (Master of Arts) at the Ludwig-Maximilians-University in Munich with a short detour at the School of Social Sciences in Helsinki. I gained my first professional experience in the field of child and youth research as well as in the non-profit world as a foundation supervisor.

Since March 2022, I have been supporting the Frank Hirschvogel Foundation as a foundation manager and am responsible for the organization of the foundation, projects and communication activities. The opportunity to implement charitable projects regionally is something I value very much and gives me great pleasure. 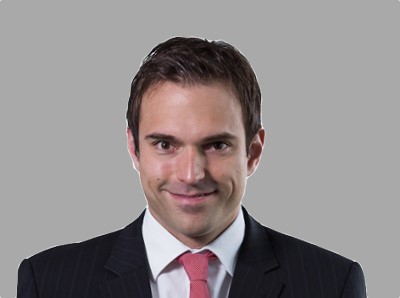 Chairman of the Board of Trustees

Marc Hirschvogel studied Mechanical Engineering with a focus on Computational Mechanics and Materials Technology at the Technical University of Munich. He spent a semester abroad at the University of Auckland, New Zealand. From 2012 until 2018, he was a Research Associate in the Faculty of Mechanical Engineering at the Technical University of Munich, working on supercomputers to focus on computer-aided modeling and simulation of the cardiovascular system. At the end of 2018, he received his PhD.

In 2010, Dr Marc Hirschvogel became a member of the Board of Trustees of the Frank Hirschvogel Foundation, and in 2013 he was appointed the Chairman thereof.

Dr Marc Hirschvogel is a passionate scuba diver and works in his free time as a diving instructor. In addition, his hobbies include producing electronic music. 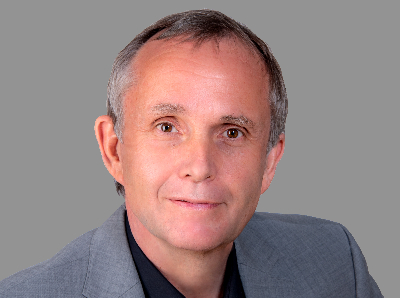 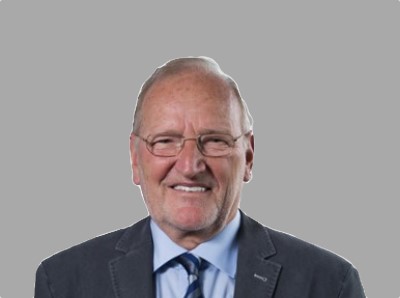 Fritz Aldinger was born in 1941 in Marbach am Neckar, Germany, where he began his schooling before continuing it in Beilstein and Heilbronn. After graduating from high school, he went on to study Chemistry and Metallurgy. He completed his studies at the University of Stuttgart in 1965 as a graduate engineer. After that, he attained his PhD with a thesis on the structure of the quaternary system silver-copper-cadmium-zinc. Following his PhD (1967), he worked for around ten years as a Research Associate at the Max Planck Institute for Metal Research in Stuttgart and was also a visiting researcher (1970) at the Franklin Institute in Philadelphia, USA.

In 1978, he entered industry, working for the company W.C. Heraeus GmbH in Hanau, Germany, where he was initially responsible for the New Products and Technologies department. In 1981, he was appointed head of the Metals business unit. In 1985, he switched to Hoechst AG in Frankfurt am Main, where he was ultimately responsible for corporate research with around 900 employees.

In 1992, he was appointed Scientific Member of the Max Planck Society, Director at the Max Planck Institute for Metal Research, Stuttgart, and simultaneously Full Professor for Non-Metallic Inorganic Materials in the Chemistry Faculty at the University of Stuttgart. At the university he held the office of Academic Dean for the Materials Science program from 1992 until 2003. In 2000, he was appointed on a rota basis as Managing Director of the Max Planck Institute. Likewise in the year 2000, he was an interim visiting professor at the University of Vienna, Austria, and in 2004 at the Montanuniversität Leoben, Austria. Besides his official duties he was – and still is – active in an honorary capacity in a number of national and international committees and foundations.

His research in the area of metallic and ceramic materials was very wide-ranging. Focal areas were the synthesis of new materials and the underlying reaction mechanisms and thermodynamic states. His list of publications comprises more than 600 scientific titles and more than 50 basic patents and patent participations.

In fall 2007, he was given emeritus status and now lives in retirement on the outskirts of Stuttgart. He is married and has two children, two children-in-law and three grandchildren. 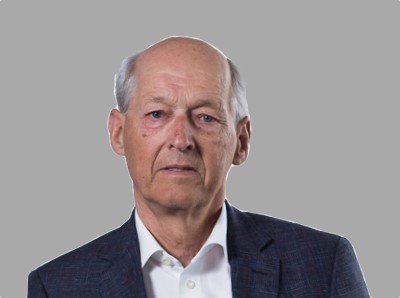 After studying Law in Tübingen, Kiel and Munich, Thomas Eckhardt, born in 1943 in Berlin, worked for forty years in the medium-sized accountancy and tax consultancy firm Bansbach GmbH in Stuttgart – from 1990 as CEO. He is a Chartered Accountant, Lawyer and Tax Consultant. His professional focus was on providing auditing and consulting services to medium-sized industrial companies.

In this role, he was also involved in a number of projects with Dr. Manfred Hirschvogel and the Hirschvogel Automotive Group. For fifteen years, he headed a non-profit association as Chairman in an honorary capacity. Furthermore, he was responsible for accounting and tax consulting services there.

Due to his auditing and consulting experience in non-profit institutions, he was elected as a member of the Board of Trustees of the Frank Hirschvogel Foundation in January 2013. 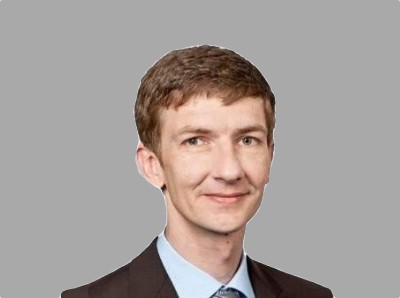 Michael Gee was born in Hamburg in 1971 and grew up in the Stuttgart area.

After graduating from high school in Esslingen am Neckar, he completed studies in Civil Engineering at the University of Stuttgart in 1999.

In 2004, he received his PhD from the Institute for Structural Mechanics at the University of Stuttgart on the topic of "Efficient Solution Strategies in Nonlinear Shell Mechanics". From 2004 until 2006, he spent time abroad at Sandia National Laboratories in New Mexico, USA, where he primarily focused on parallel algorithms and algebraic multigrid methods for solving very large computational problems.

In 2006, Michael Gee went to the Institute for Computational Mechanics at the Technical University of Munich as an Assistant Professor and Group Leader. In 2011, he was appointed Professor for Mechanics on Supercomputers. From 2016 to 2019, Michael Gee was Dean of Studies at the Munich School of Engineering, which is part of the Technical University of Munich, during which time he co-founded the new Materials Science & Engineering Master's program, among other things.

In the area of research, Prof. Gee's group deals with computational methods and models for solving multi-field problems as well as with highly scalable equation solvers for massively parallel mainframe computers. On the application side, the group focuses on various biomechanics issues and customizable computer models of the cardiovascular system. He is the author of more than 50 articles in scientific journals, ranging from medical technology to computational mathematics.

Michael Gee teaches "Engineering Mechanics", "Parallel Computing" and "Nonlinear Continuum Mechanics" at the Technical University of Munich as well as other subjects in various Bachelor and Master programs in the field of engineering. From 2013 to 2018, he was awarded a total of five times with the prize for providing the best teaching at the Munich School of Engineering.